5 Tips for Letting Someone Know They Aren’t a Bridesmaid | Wedding Ideas ARE YOU A VENDOR?
Trends & Tips

5 Tips for Letting Someone Know They Aren’t a Bridesmaid

By Alice Prendergast August 8, 2019 0
Saved Save
Need to break the news to a friend or relative that they won’t be a bridesmaid at your wedding? Here’s how to do it.

Scenario: your friend or family member has assumed they’re in your wedding party without being asked. Not so fun, huh? Well, you’re going to need to break the news that they aren’t a bridesmaid before they get too invested in the idea. Unfortunately, you’re probably in for a small dose of drama, but we’ve created a guide to help you put the cards on the table in the nicest way possible.

Here’s how to let someone know they aren’t a bridesmaid.

Choose the right time and place

You definitely need to choose the time and place for this wisely. You don’t want to tell a friend or relative that they aren’t a bridesmaid in front of a huge group of mutual friends or via text message. If they assume they’re in your wedding party and have begun to spread the word, invite them over to your place for coffee so that you can talk it out in private IRL.

You need to let your friend or family member know that them not making it into your wedding party wasn’t a malicious decision. Maybe you just wanted one person by your side on your big day or your altar was getting a bit overcrowded, whatever the reason, they deserve to know. Of course, if your reason for not including them is a little harsh, there’s no harm in doing a bit of sugar-coating – white lies are sometimes better than hurt feelings.

Let them know you love them

Tell them how much you care about them and that you definitely want them to be a part of your wedding even if they aren’t a bridesmaid standing at the altar with you. Letting them know how much you love and cherish their friendship is extra important during this talk.

Expect a bit of backlash

This can be a hard pill to swallow for some people, so brace yourself for a bit of backlash. There may be some arguing and some tears, but know that it’s probably coming from a place of hurt, not anger. Don’t fight fire with fire in this scenario, treat it with empathy and give them time to cool off. It may take a little while, but they’ll come around.

Include them in other events

Just because they aren’t a bridesmaid doesn’t mean your friend or relative can’t come to your exclusive pre-wedding events. If they’re close with you, put them on the guest list for your bridal shower, bachelorette party and maybe even your rehearsal dinner. Getting an invite to private parties like these is a good way to show them that there’s not bad blood, only love.

Join the discussions in our community forums » 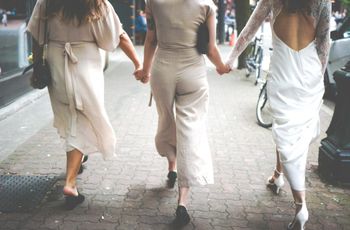 Trends & Tips How to Create the Ultimate Bridesmaid Squad Ready to start building your perfect bridesmaid squad? Here are a few things to... 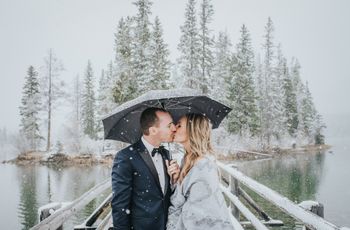 Trends & Tips 5 Tips for Prepping for a Snowy Wedding Day Remember Phoebe and Mike’s adorable winter wedding in Friends? Well, yours could... 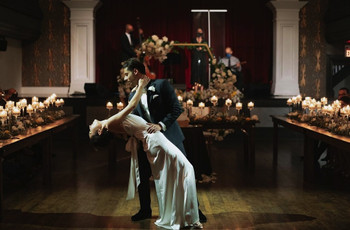 Trends & Tips 12 Expert Tips on Planning a Micro Wedding Planning a micro wedding during Covid-19? Here are the expert tips you need to... 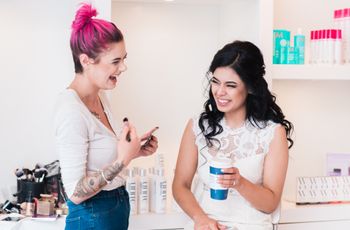 Trends & Tips 7 Tips for Communicating With Your Wedding Vendors Being a good communicator is essential when planning a wedding. Here are a few...
See more articles