Restaurant L'Ambroisie ARE YOU A VENDOR?

In the heart of Chateau Saint-Ambroise, Restaurant L'Ambroisie is situated atop the banks of the Lachine Canal, where it has cultivated an excellent reputation for its restaurant and hosting private events. Events large and small have enjoyed their terraces and elegant banquet halls. Weddings are a specialty of theirs, and they will reduce your planning stress by offering you venues for both the ceremony and reception.

Offering some of the most sought after banquet halls in the city, this restaurant has two rooms on offer. First is its namesake room, L’Ambroisie, with its arresting Greco-Roman columns, baroque styling, and a Hollywood art deco bar. This dreamy room seats120 guests. Second is the Canal Room. Decked out in urban chic and looking very cosmopolitan, this well-known room offers seating for as many as 275 guests. Each room has its own dance floor with audio-visual appointments, a spacious terrace, and a full service designer bar.

The house uses its own kitchen for catering and offers bar service. Clients will want to confer with owner and chef Stuart Abrams for putting together a customized wedding menu. The business can also help with offerings for DJ and staff services.

The menus are inspired by international and French cuisine, as the establishment uses local, fresh, and seasonal products when possible. Some sample menu items are medallions de porc, tartar de boeuf, escalope de poulet, and more. 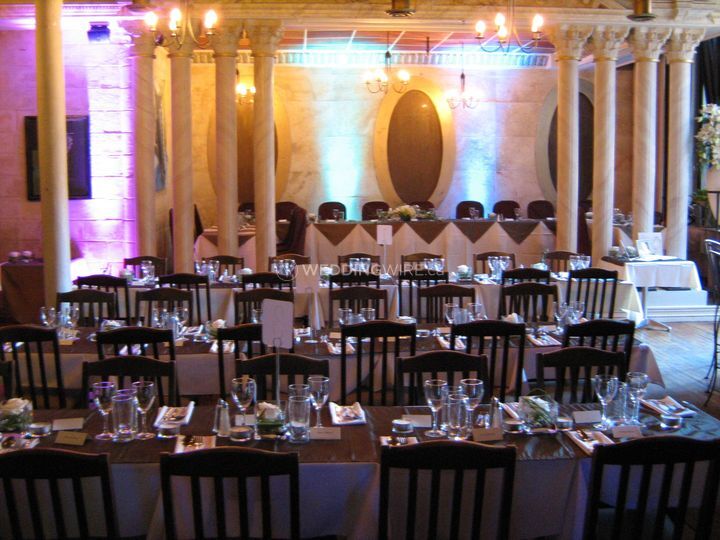 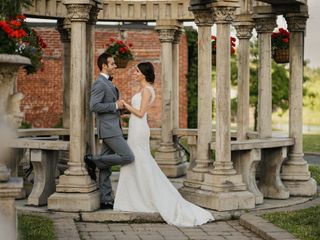