Bela Strings ARE YOU A VENDOR?

Located in Halifax, Nova Scotia, Bela Strings is a company that specializes in bringing an elegant classical music ensemble to weddings and other special events. With extensive training and holding degrees in classical music, the members of this quartet have the experience and repertoire to create an elegant and romantic atmosphere on your wedding day. Don't hesitate and contact Bela Strings today to book your wedding music!

Founded in 2008, this ensemble of classically trained musicians have played everything from Mozart to Michael Jackson in a wide range of venues. The services they offer include ceremony music, cocktail hour music, instrumentals, learning new songs, reception music, music during breaks, rehearsal dinner music, sample performances and they are willing to travel.

Bela Strings is also available to play in other formations including instrumental duo, string trio, instrumental trio, string quintet, instrumental solo and string quartet. Some other events they have played for include Port of Halifax 2016, Dalhousie President’s Circle Reception, and the 3rd Annual Emergent Learning Conference at the WTCC. 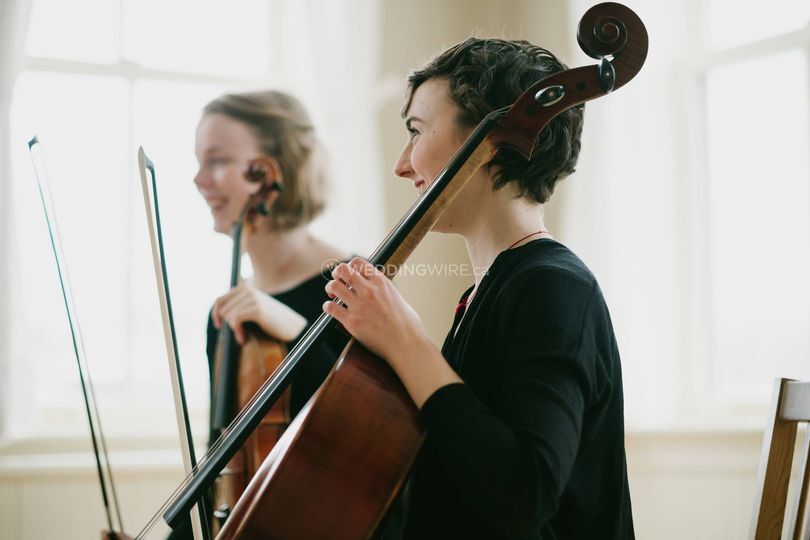 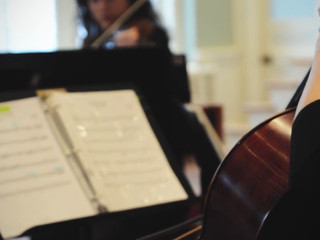 My name is Anna Wedlock and in addition to being creative director here at Bela Strings, I am a fiddler, violinist, teacher, and arranger. After a decade of classical violin training, I began studying traditional fiddle music, and for the last 7 years I've been performing bluegrass and celtic music in addition to pop, jazz and classical.

I attended University of King’s College Halifax and Dalhousie University on full scholarship, where I studied with Philippe Djokic. Throughout my time at Dal, I played first violin with the Nova Scotia Youth Orchestra, the Dal Symphony Orchestra, and in 2012 I was a featured soloist with the Dal Chamber Orchestra, performing Vivaldi’s Concerto for Four Violins. I also studied at the University of Otago, New Zealand, with Tessa Petersen.

After graduating from Dal, I was immediately hired to teach fiddle/ violin at the Maritime Conservatory of Performing Arts and now run a studio there of over 20 students, age 5- 70.

I have made a name for herself as a first-call fiddler for performance, touring and recording projects. She has worked with a wide variety of East Coast artists including Thomas Stajcer, Old Man Luedecke, J.P. Cormier, Gabriel Minnikin, The Big Country Ramblers, Dwight Deon, Tom Terrell, Andrew Sneddon, and composer David Christensen.

Through my work with the quartet, I have become a sought after arranger, producing dozens of commissioned arrangements for events. Over the last 2 years, I have arranged music for Willie Stratton’s album Della Rosa (nominated for ECMA Album of the Year),The Swallowtails (a celtic ep with cellist India Gailey), Cassie Josephine’s album Only Half Blue, and Terra Spencer’s single In the City. In 2017, I was nominated for the Music Nova Scotia Musician of the Year award.

I live and work in the North end of Halifax with my dog and partner!

Businesses who collaborate with Bela Strings