Memento Films ARE YOU A VENDOR?

Memento Films is a Vancouver, BC based company that films weddings. The style for the team mixes cinematic, documentary, short form, storytelling, and traditional. The videographers love when couples show their personalities, allowing your story to reflect you well. The team also won Best Videography from Professional BC Wedding Awards in 2014.

High-definition video, highlight video, multiple cameras, and raw footage is available. The ceremony, reception, rehearsal dinner, and pre-ceremony can be attended. Full feature video and multiple locations can be accommodated for. Three packages are offered: Short Film, Feature Film, and Wedding Film plus. Short Film includes a seven to eight minute film with six hours of coverage and two cinematographers. The Feature Film includes a 10-12 minute film, lifestyle shoot, 10 hours of coverage, and ceremony with speeches (about one or two hours). Wedding Film plus includes the following:

The final format can be given using a Blu-ray, DVD, USB flash drive, or USB hard drive. It can also be digitally downloaded. Slideshows are also offered by the videographers. 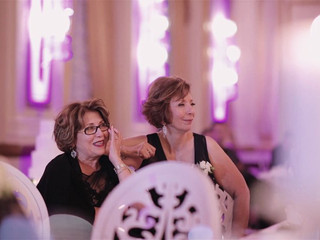 Write a review
5.0 out of 5.0
24 Memento Films Reviews
Sort by:
See more reviews

Businesses who collaborate with Memento Films