SophistOccasion Showband ARE YOU A VENDOR?

The Sophistoccasion Showband delivers awe-inspiring performances and high energy entertainment fueled by a high standard of musicianship. All the musicians and vocalists of this powerhouse are accredited professionals having attained music degrees from higher education music programs at McGill, Concordia, and UQCAM Universities.

SophistOccasion Showband's band leader and owner Silvio Furino (McGill graduate in music), has followed his vision every step of the way to bring forth a fine-tuned show of the highest caliber encompassing a vast selection of repertoire from the 1950s to today's radio hit songs. The
front line of the band is composed of 3 stellar vocalists who can sing in
many different languages including English, French, Italian, Hebrew,
Arabic, Spanish, and Portuguese.

Ceremony (if on location) and the cocktail hour are included along with the sound/ Pa system, lighting, DJ/VJ, sound technician, microphones and backdrop. Gobo, projector, and disco ball are available upon request for an additional fee. SophistOccasion Showband is entertaining, exciting, and sure to delight from start to finish.

The SophistOccasion Showband has graced the stage of many other events including galas, corporate events, fundraisers, and cocktail functions. They have performed locally, as well as nationally and abroad for over 20 years. From Montreal to Hong Kong and many places in between, the SophistOccasion Showband is committed on every level to a thing of beauty called the art of music. 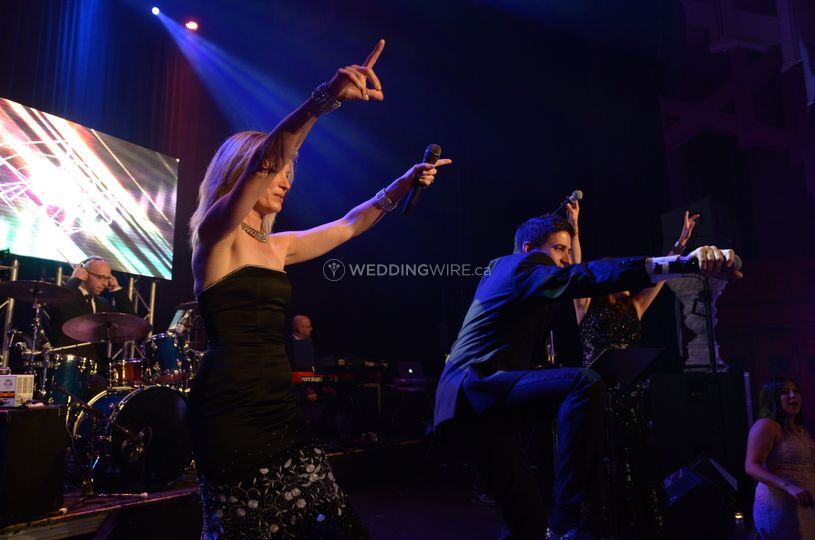 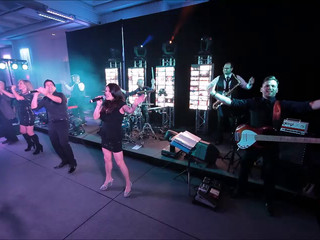