North End Music ARE YOU A VENDOR?

Located in Guelph, Ontario, North End Music is a company that specializes in providing classic guitar music for wedding ceremonies, receptions, and other special events. Frank Galati is a classical flamenco guitarist, teacher, and performer with many years of experience playing at a variety of functions, including weddings, baby showers, Christmas/holiday parties, and outdoor markets.

North End Music delights in serving the needs of each happy couple, to ensure the best possible musical atmosphere for their wedding. Frank offers a range of Spanish and South American music, and Western classical music. He also takes requests for ceremonies, wedding party walk-out music, document-signing music, and reception music, to be arranged to suit specific preferences. This music is recorded and played before the event, so that the bridal party may give it their seal of approval. Musical performances may also be arranged for smaller functions. Some of Frank's wedding services include the following: 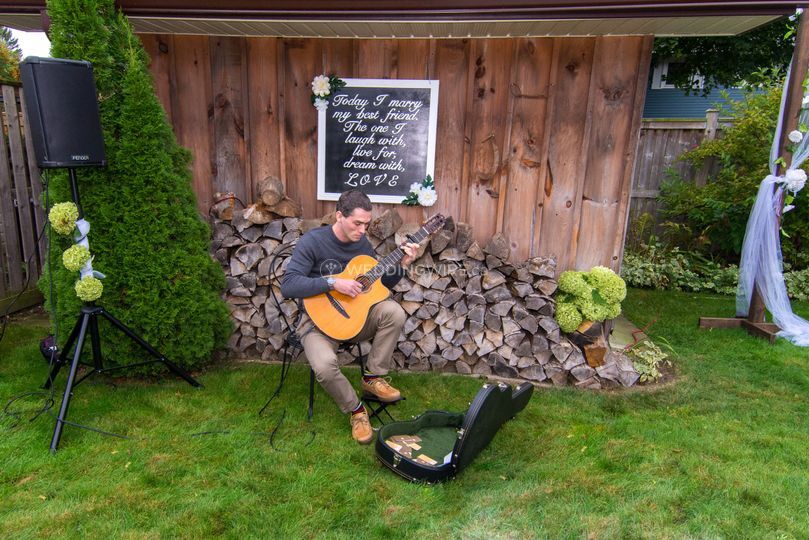 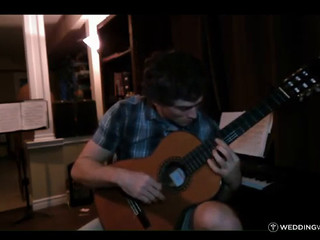 Frank Galati was raised in Collingwood, Ontario, Canada. His parents were both teachers. His father taught English and Music, and his mother taught Ballet and Jazz dance. Frank attended the University of Guelph for Biological Science and Music, of which he has obtained a B. Sc. and BA. He has been performing for over a decade in Southern Ontario, and has completed honours music work in performance.

Frank learned guitar at 12 years old. He started off playing the pop punk music of the time, and went on to learn classic rock before discovering flamenco and classical guitar music in University. Frank adores South American and Spanish music and culture, and admires all sectors of classical music. His favourite guitar composer is Agustin Barrios Mangore and his favourite classical composer is Beethoven. His favorite romantic composer is Gustav Mahler.

Frank has taught guitar in the Guelph area, and still does. Feel free to inquire if so interested in classical guitar lessons.

Aside from music, Frank is interested in athletics and martial arts. He loves boxing, wrestling, jiu-jitsu and judo, and is an MMA fan. Frank has taught Brazilian Jiu-Jitsu for almost a decade including introductory classes to beginners at the University of Guelph. Frank believes in the confidence and community martial arts can provide to both kids and adults, and has strong views against bullying.

Frank is also interested in classical and romantic literature. His favourite books include Les Miserables and The Brothers Karamazov. His favourite authors are Fyodor Dostoyevsky, Leo Tolstoy, and Victor Hugo.

Frank also has a daughter in elementary school, and is in his early 30s.