Weddings ... Anytime ... Anyplace ARE YOU A VENDOR?

A wedding ceremony should be fun and stress-free for the bride and groom, and also for their family and friends. And there should be a spiritual element during the ceremony, otherwise, why get married? Michael Bittle is an experienced, humorous wedding officiant who performs weddings primarily in the Hamilton/Toronto/Niagara areas. He is not only funny, but knows exactly what he’s doing.

Michael performs over 50 weddings a year, and has experience with most of the popular wedding venues in Southern Ontario. He is very open to untraditional venues, such as the Frankenstein House of Horrors in Niagara Falls, and is equally happy with more traditional venues such as churches. Indeed, he has performed weddings in a Roman Catholic church in Mississauga and the Anglican Cathedral in Hamilton, among others. Wherever you would like your special day to happen, just let him know. And if you need some ideas for a great wedding venue, just ask him.

Michael is a great believer in showing respect for different cultures and beliefs, and so he offers many types of ceremonies, including spiritual, nondenominational, multicultural, Catholic-style, and weddings between couples with different beliefs. Michael customizes your wedding ceremony service to make sure your personalities are highlighted. He has also performed weddings that involved languages in addition to just English -- such as French, Italian, Portuguese, Russian, Hebrew, Cantonese, and Japanese, to name a few. Michael also offers the following:

About half of the weddings he performs each year involve Roman Catholics who wish to be married outside the church. Michael also has experience with the Rite of Convalidation that may allow such couples to have their marriage recognized by the Roman Catholic church. Just ask him. 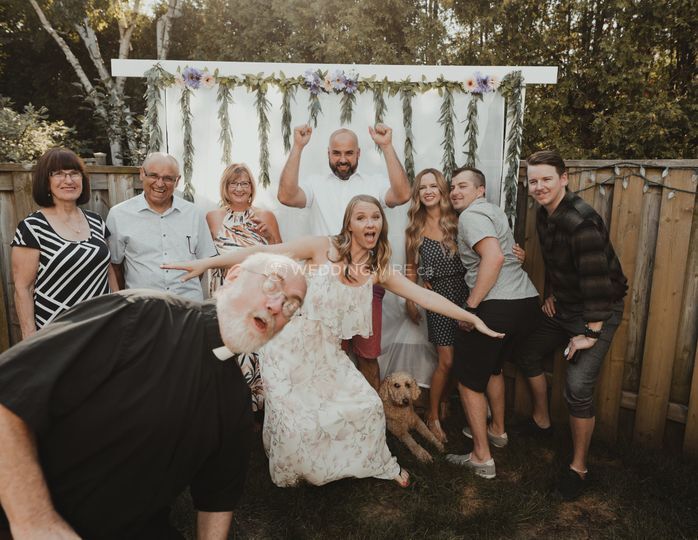 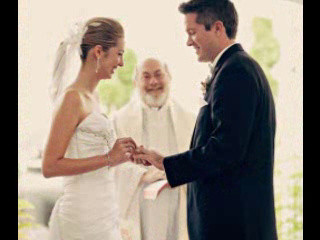 I love weddings! And I see my ministry to make certain that everyone - especially the bride and groom - enjoys the service.

I do not use weddings to 'convert' anyone to my beliefs, but I do require that God be invited to the wedding ceremony: otherwise, why ask a Christian minister to be involved with your ceremony?

One thing that I do insist on for ALL services is that we have fun! If you're looking for an uptight minister, I am definitely not the person to call.

I am probably the most sought-after Wedding Officiant in the Hamilton area, and perform some 50 weddings a year. As far as I know, not a single couple I have married has ever gotten divorced. So if you ask me to perform your wedding - you had better be serious about "til death do us part".

I hold various University degrees (Master of Arts, University of Western Ontario, Master of Divinity, Andersonville Theological Seminary, Master of Theological Studies (in progress), McMaster Divinity College) and I am an Ordained Christian Minister of the Evangelical Christian Church in Canada (Christian Disciples).