Wedding Music ARE YOU A VENDOR?

Wedding band: check prices, availability, request quotes and get the best deals on the most important part of the wedding reception, the music. Choose wedding songs from a variety of music genres that will entertain your guests. Whether it's pop, swing, rock, 80s or jazz music you are looking for, a good band is key to making sure your guests have a great time at your wedding reception. This versatile and very accomplished group specializes in intimate venues and special events such as weddings. Their song list consists of jazz standards, Motown, and soft rock classics to name a few. They can get your guests dancing with a full rhythm section including bass, drums and additional... (Wedding musician) 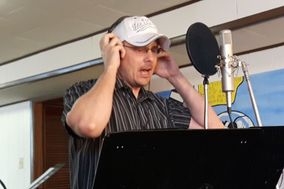 Radio Nova provides a wide spectrum of musical genres that range from the 60’s oldies to today’s Top 40 hit music. This fun, energetic, and versatile group aims to get your guests out their seats and moving to the rhythm and beat of the music they perform. This band invites you to enjoy fine-tuned,... (Wedding musician) 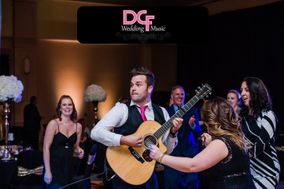 DCF Live Wedding Band is a Toronto-based group that specializes in fun and interactive entertainment for you and your guests on your big day. If you want high-end treament with the security of great service or a 100% money back guarantee, you won't go wrong with these experienced professionals who... (Wedding musician) 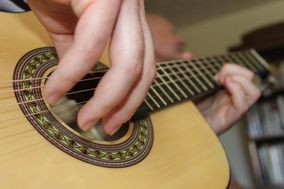 Heading Wedding Harmonics is David Zach, a classical and acoustic guitarist. David has over 23 years of experience and is professionally trained. With his confidence in his musical abilities, David offers an exciting and enjoyable performance to his customers. The band will provide you with... (Wedding musician) 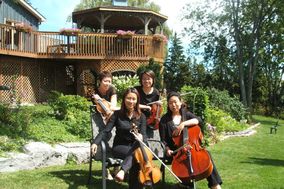 The Margaritas is a Toronto-based music ensemble that made up of a standard string quartet. Core members, violinists Natalie Wong, Elena Spanu, violist Fanny, and cellist Alice Kim, they're all classically trained and experienced. Since forming in 1997, the ensemble has been providing music to a... (Wedding bands) 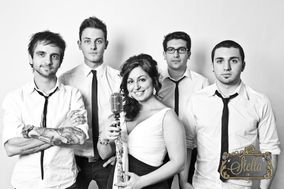 The live band Stella is a Guelph-based company that specializes in wedding performances. The band offers high energy shows that range from dance to R&B. Singer Josephine Biundo is an internationally renowned singer and performer who leads the band in their high impact shows. Book them today to... (Wedding musician) Kinmusikk is all about bringing good people and good music together. A viola/piano duo available for weddings and special events in Edmonton and the surrounding areas, Kinmusikk Duo finds joy in sharing classy, uplifting music with you and your guests. Kinmusikk Duo is an adorable mother-daughter... (Wedding musician) Planning a wedding can be a stressful time, especially when you are trying to find the right music. You need a musician like Dave Hart, someone who can hit all the right notes while helping you coordinate and select music from an established repertoire of songs or compose a special piece based on... (Wedding musician) 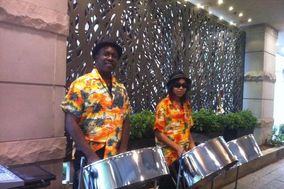 Kenn Lewis and his team of musicians specialize in steel drum entertainment. They've worked at many weddings and related events, providing an excellent outcome. They don't only include drums in the wedding package but they also bring along limbo dancers to entertain your guests and offer you an... (Wedding musician) Jason Delaney is an Airdrie-based musician that specializes contemporary guitar music for weddings and other special events. Jason is a passionate performer and arranger who is versatile and connected to his audience. He can play anything you wish, from Bach to Bruno Mars to the best love themes of... (Wedding bands) 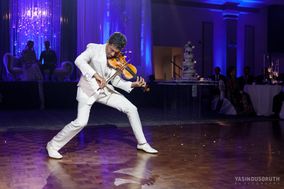 G Pinto Music is a Toronto-based company that specializes in bringing live professional violin music to your wedding or special event. There is no genre this showman can't take on. He covers everything from classical to pop, rock and even Bollywood! His style is versatile, energetic and modern. Your... (Wedding musicians)

Dunstan Morey is a Toronto-area musician who specializes in elegant solo guitar music for weddings and all other special events. Dunstan will create personalized music for your wedding ceremony and reception that will capture the spirit of your special day. Dunstan is a... (Wedding bands) 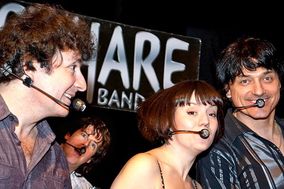 From British Columbia to the Bahamas, the team at March Hare Band have performed at all kinds of events. They cover a wide range of music that include rock and roll, Latin or disco flavors, a party/dance band, a Mega Dance Band and Costume show, and much. The team here consists of Dan, Andy, Ian,... (Wedding bands) 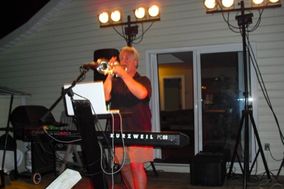 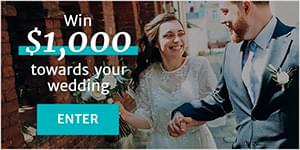