Uneven bridesmaids vs groomsmen - Forum Plan a wedding ARE YOU A VENDOR?
Master August 2017 Ontario

Chelsea, on October 19, 2016 at 11:24 Posted in Plan a wedding 0 12
Saved Save
Reply
Is anyone else having a different amount of girls vs guys?? I have 4 girls standing beside me and my fiance only has 2 guys beside him. He was very specific on only wanting his brother and uncle beside him. However what will be photos be like, will they look funny? 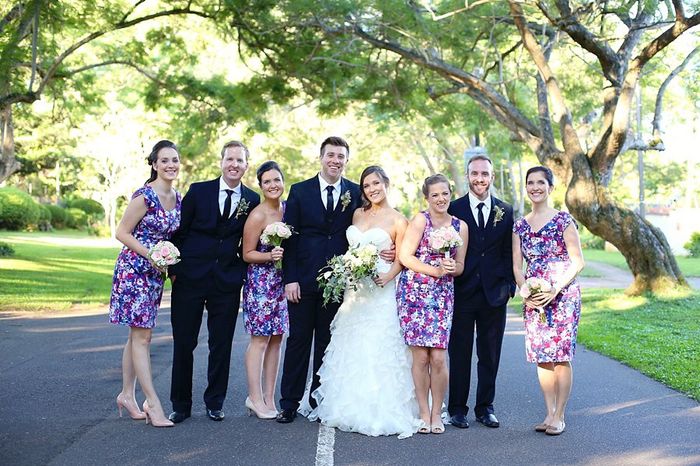